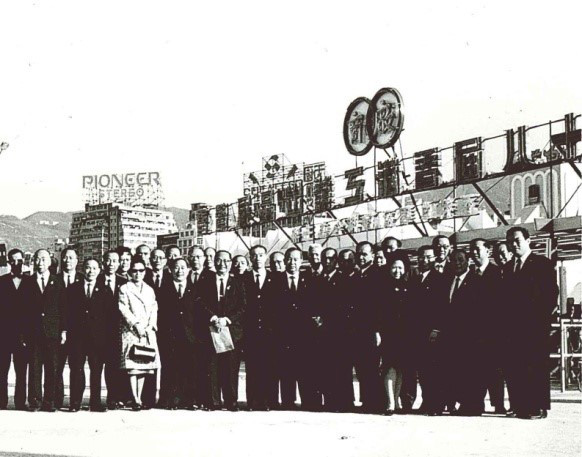 With the success in exploring foreign markets, it became widely agreed among the industry that Hong Kong should stage its own exhibition to enhance the public's understanding about local industrial products. Organised together with the YWCA of Hong Kong, the first Hong Kong’s Exhibition of Chinese Products was held from February 4 to 8, 1938 at St Paul's College in Central, at which 40 industrial enterprises displayed 200 types of products in a total of 86 booths. This exhibition was the prototype of the HKBPE. 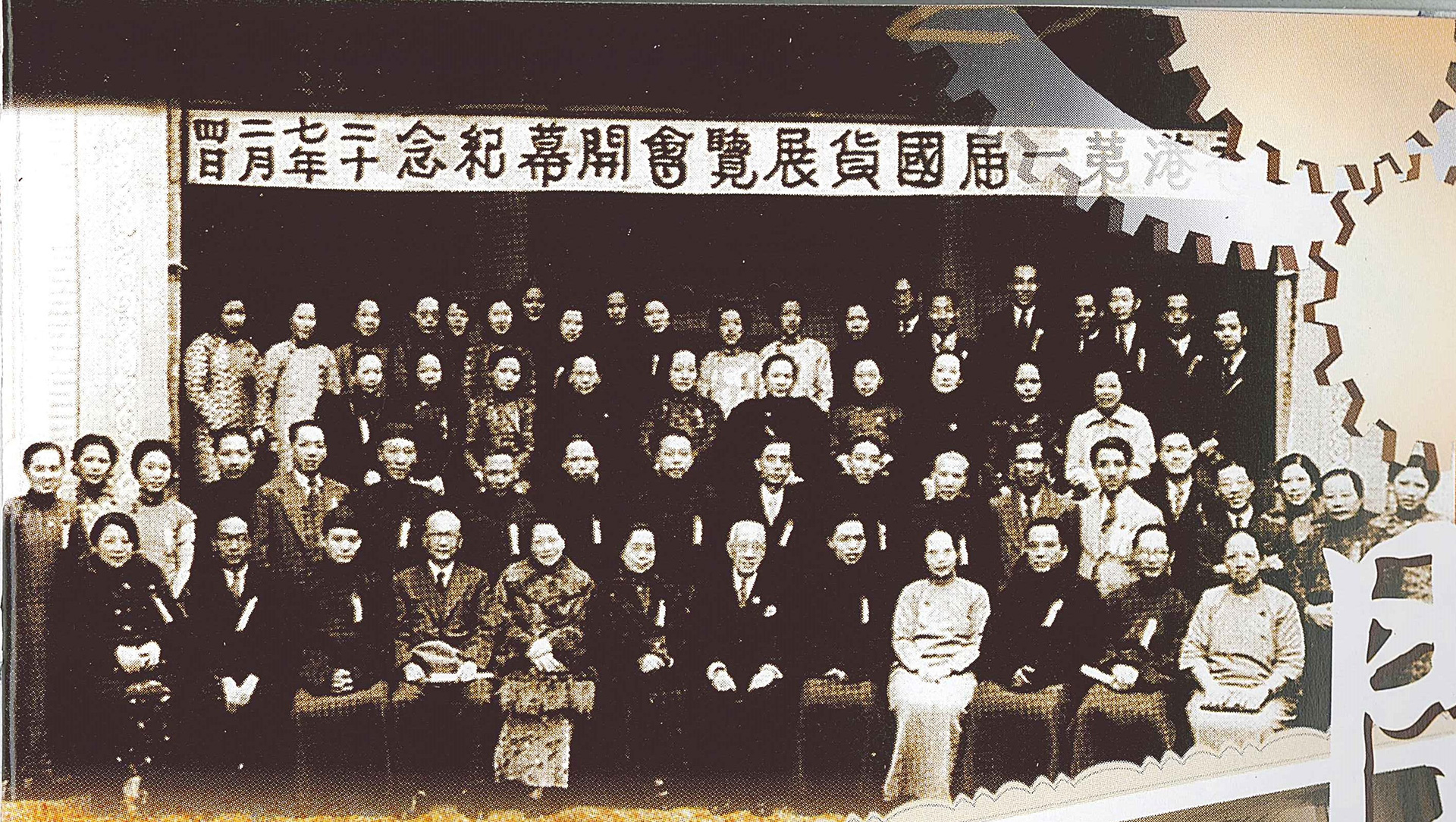 From 1939 onwards, the exposition was solely sponsored by the CMA and the 2nd exhibition was held at Wah Nam Middle School, Kowloon. The CMA held 2 exhibitions in 1940 and the exhibitions were moved to Tsim Sha Tsui since then. However, the exhibition was temporarily suspended for seven years during the Japanese Occupation in the World War II (1941-1947), and was resumed in 1948. 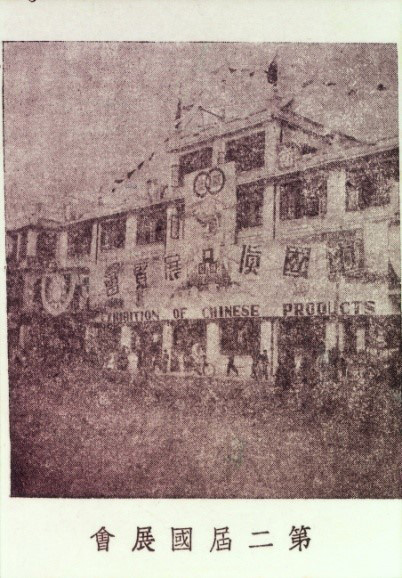 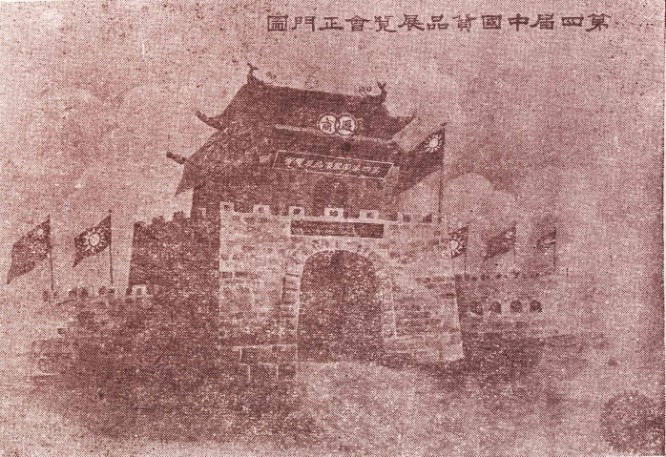 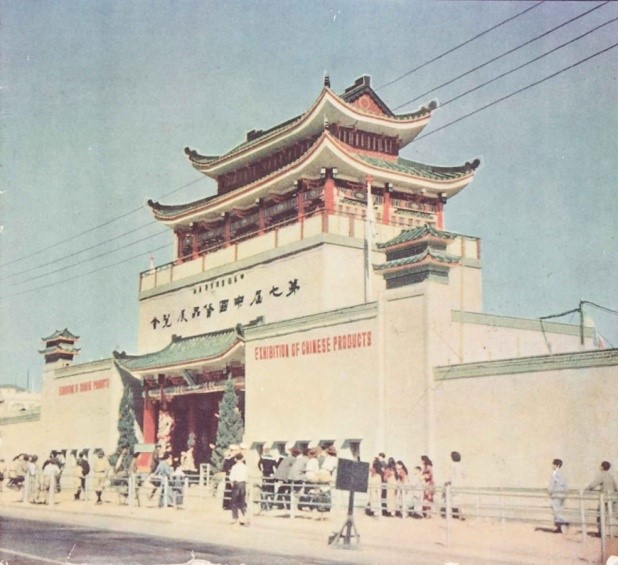 Miss Exhibition Pageant was first organised in the 10th Exhibition of Hong Kong Products to draw people’s attention to the role women played in the industrial sector and to arouse women’s interest in working for industry.  It set a precedent for the local beauty contests that followed, and since then, it has become an iconic pageant of the HKBPE.

In 1957, window display was introduced to the exhibition for the first time. The 'Consume Hong Kong Products' Campaign advocated in this exhibition received enthusiastic response from the community, which remains an interesting anecdote on many elderly people's lips even today. 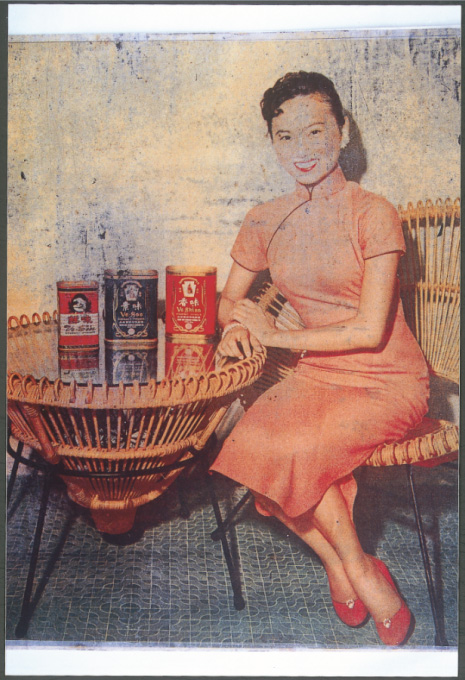 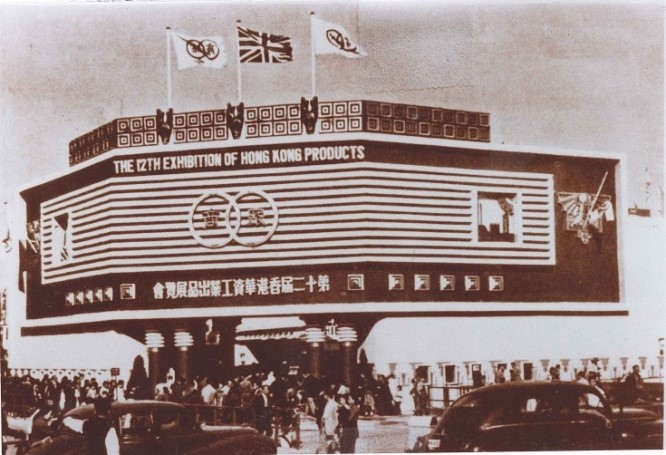 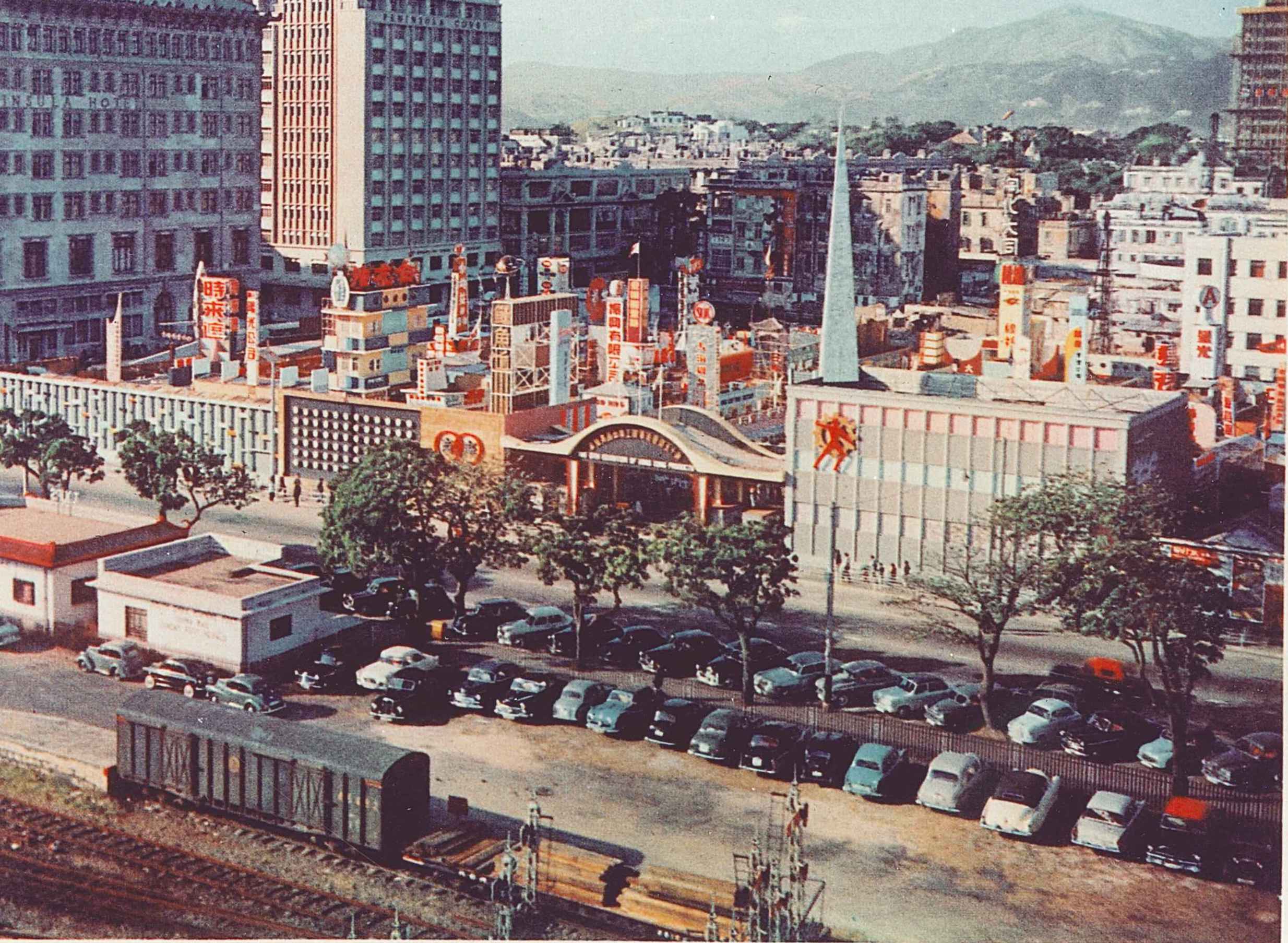 The 'Consume Hong Kong Products' Campaign was first introduced at the 15th  exhibition, held at Tsim Sha Tsui (the current site of Sheraton) in 1957

1967 marked the 25th anniversary of the Hong Kong Industrial Products Exhibition, which was named "Silver Jubilee Exhibition of Hong Kong Products'. The Exhibition venue was a newly reclaimed site in Hung Hom, with an area of more than 600,000 square feet. The Hong Kong Government also began to participate in the Exhibition. 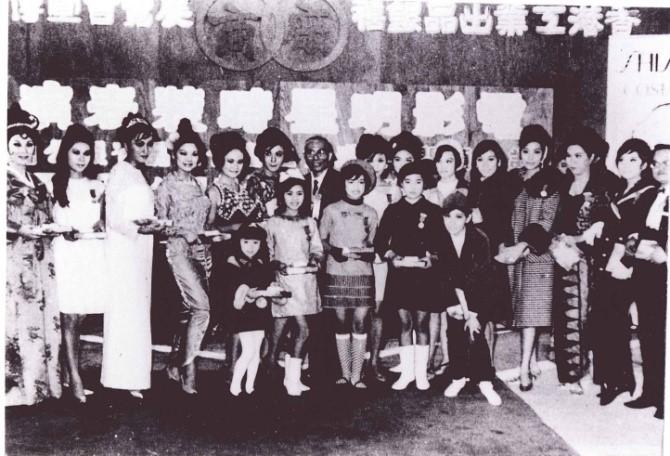 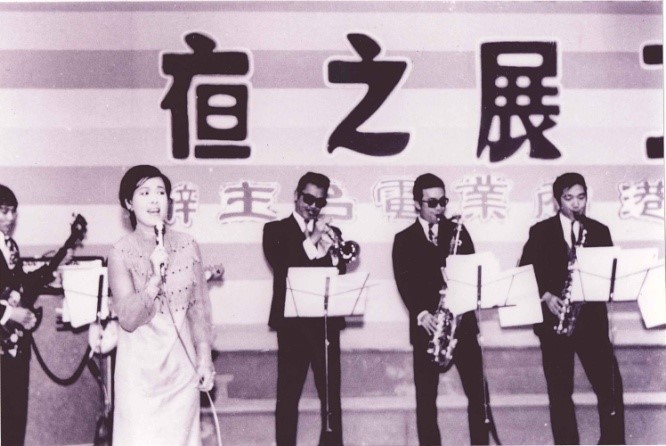 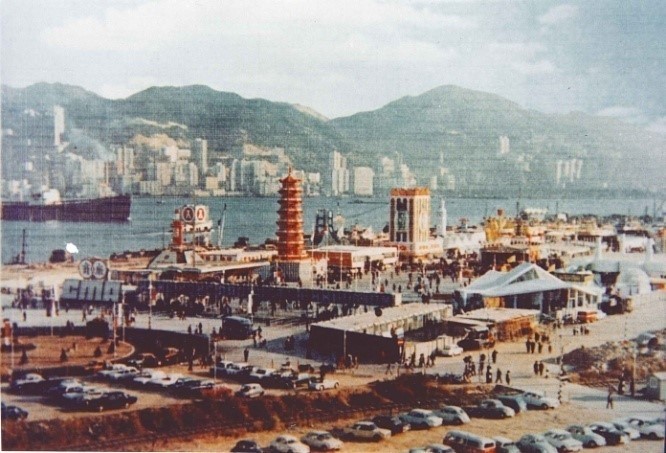 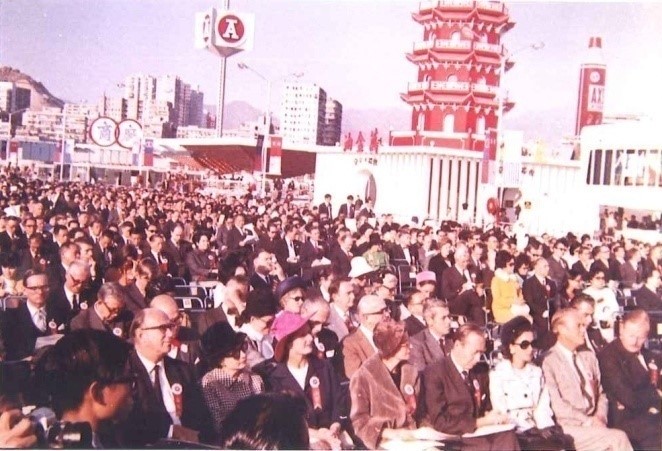 The 28th exhibition at Wan Chai reclamation in 1970 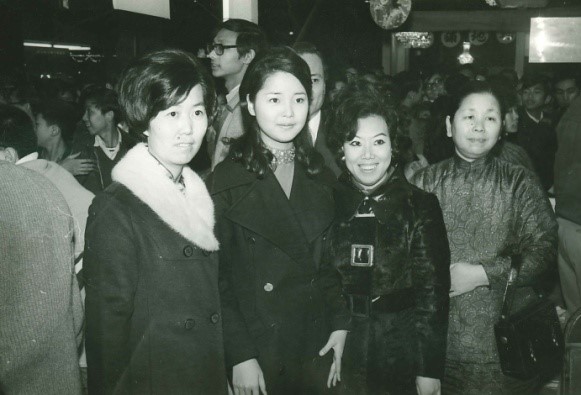 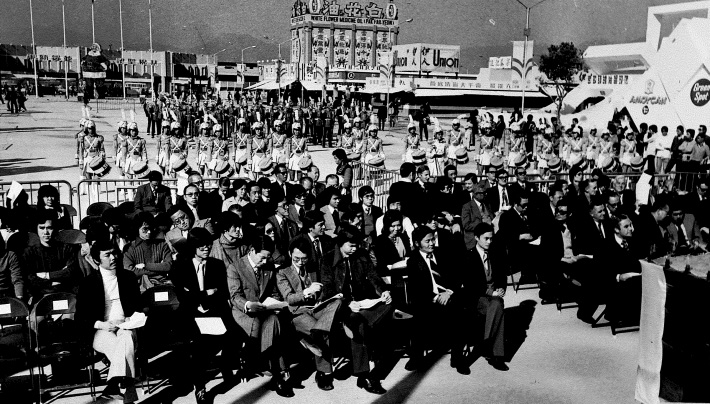 The 31st exhibition at Wan Chai reclamation in 1973

Unfortunately, due to the lack of a proper venue, the CMA had to give up staging the products exhibition again from 1974.  During 1938 to 1974, 31 Hong Kong products exhibitions were organised, and the number of exhibitors increased significantly from 40 in 1934 to about 2,000 and the visitor count also rocketed from 30,000 to around 2 million.

In celebration of its 60th anniversary, the CMA staged the HKBPE again in 1994. The 4-day expo, which was held at Hong Kong Convention and Exhibition Centre, received overwhelming response of 200,000 visitors. 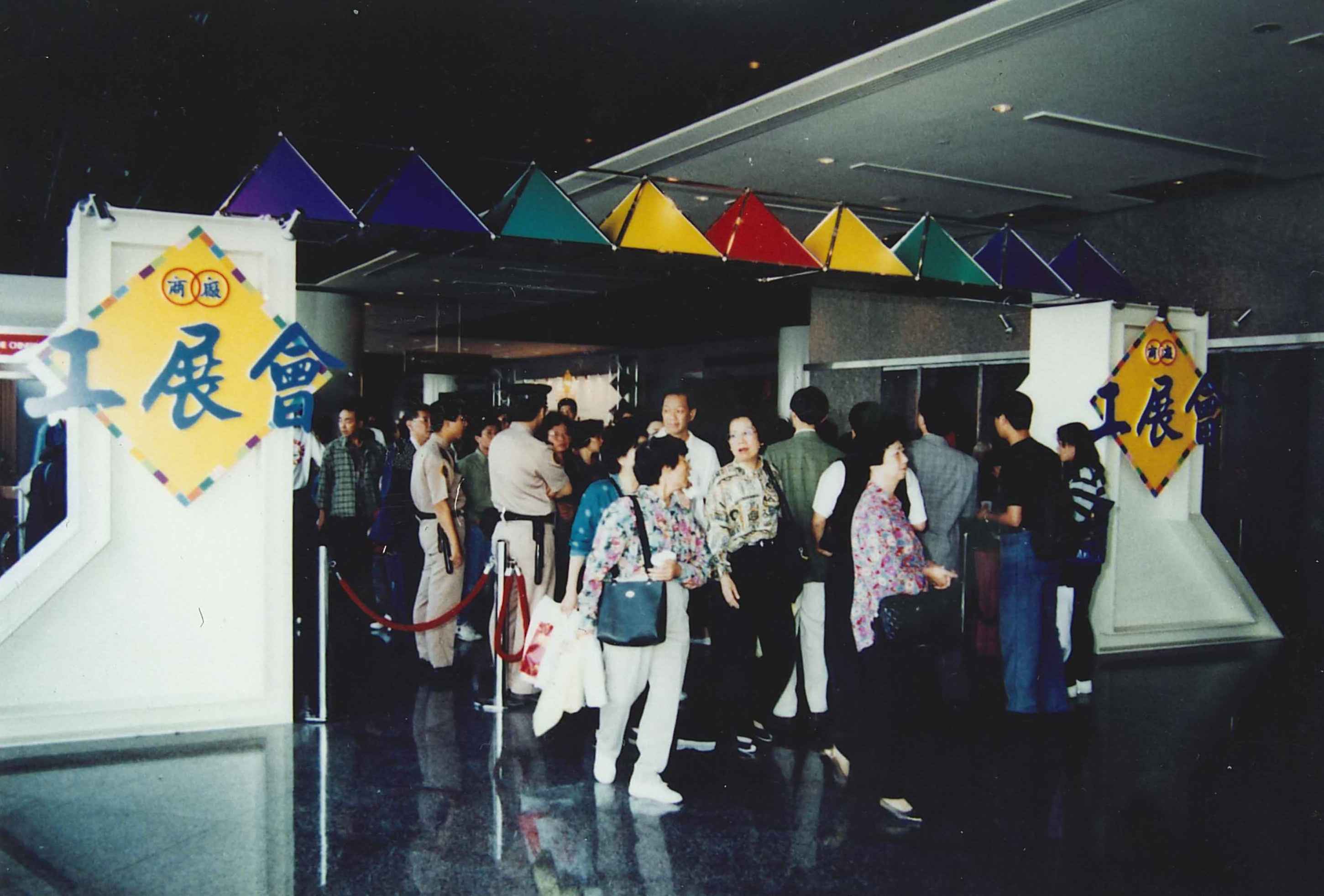 Four years later, the HKBPE became an open-air exhibition again.  The 33rd to 37th HKBPE were successfully held at Tamar Site, Central during 1998 and 2002, and the number of visitors per expo was increased to over one million visitors.  For the continued success, HKBPE was relocated to Victoria Park, Causeway Bay in 2003. 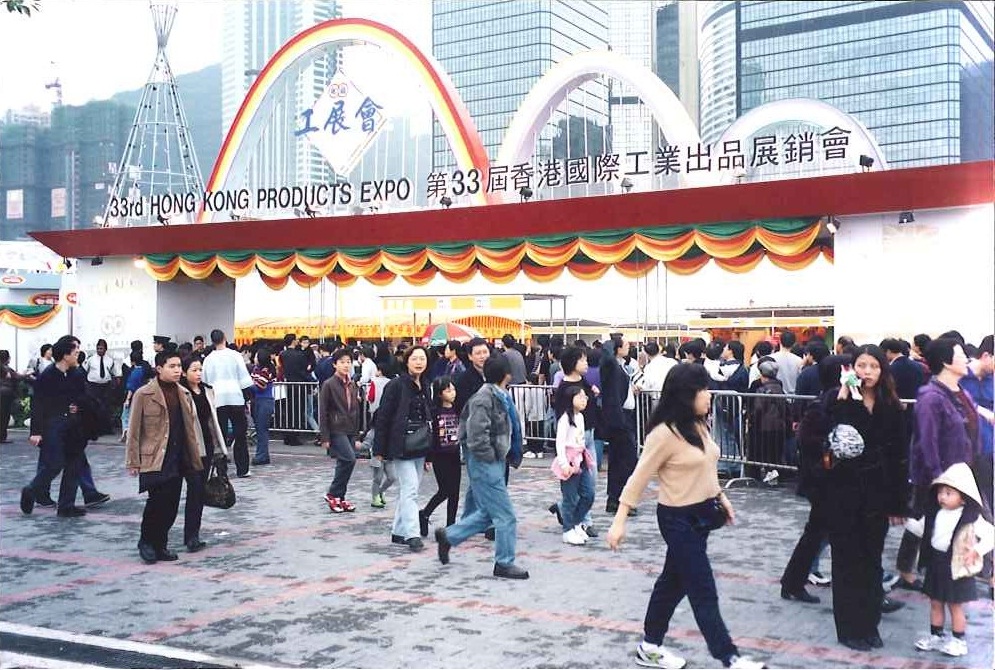 The 33rd Hong Kong Products Expo at Tamar Site in 1998 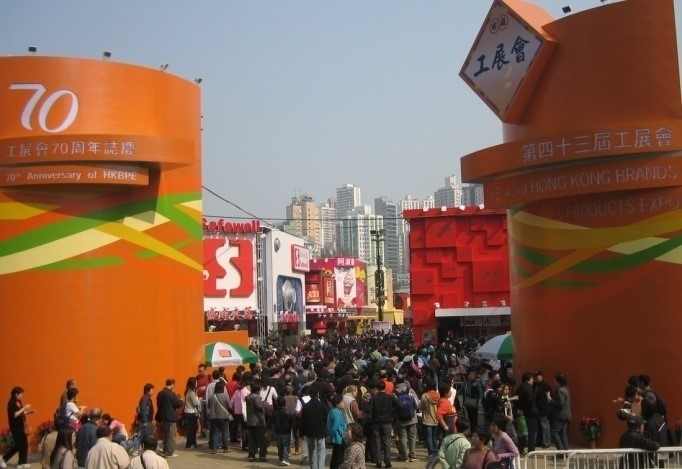 Today, the HKBPE is still the largest open-air retail exhibition and also one of the most popular mega events in Hong Kong, as acknolwedged by tourists and locals alike and as evidenced by its continuous growth and annual turnover record. To better reflect the continued expansion of Hong Kong manufacturing industry, HKBPE not only presents a comprehensive range of Hong Kong products, but also encompasses a wide array of products and brands manufactured/owned by Hong Kong companies in the Mainland China and overseas countries. The CMA is always looking at ways to enhance the HKBPE. As well as showcasing products and food, a wide range of spectacular and entertaining programmes and activities was staged during the event for the enjoyment of the visitors. Among these, Miss Exhibition Pageant is still a showstopper.