The Basic Law Chinese Calligraphy Inscriptions Exhibition, organised by The Chinese Manufacturers’ Association of Hong Kong (CMA) and Hong Kong Overseas Chinese Chamber of Commerce (HKOCCC), opened today (22 September) and will run through 1 October 2017 at Hong Kong Central Library.  By showcasing 103 engraved stone tablets with calligraphy inscriptions of full text of the Basic Law, the exhibition aims to promote the understanding of the constitutional document for the HKSAR and to nurture people’s appreciation of Chinese traditional culture.  The exhibition kicked off with an opening ceremony officiated by the Acting Chief Executive Mr Matthew Cheung. Over 300 distinguished guests attended.

The CMA President Dr Eddy Li said, “The exhibition marks the grand finale of the HKSAR’s 20th anniversary celebrations organised by the CMA.  We have spent more than a year preparing for this.  The 103 engraved stone tablets are priceless and we are so happy to have been part of such incredible and meaningful event.”  Calligraphy is a big part of Chinese art. He hopes that these masterpieces could enhance the national pride in Chinese culture, and also, the understanding of the Basic Law among Hong Kong people.

The President of the HKOCCC Mr Ku Suen Fai also attended the ceremony and delivered a speech.  He said the Basic Law Calligraphy Inscriptions reflect great excitement among compatriots from the Mainland and Hong Kong towards Hong Kong’s handover. He hopes that the exhibition could help familiarise Hong Kong people with the Basic Law.

The project was initiated in 1991 by the Executive Vice President of HKOCCC Mr Zhong Bao Jia.  It began with the calligraphy of the full text of Basic Law by 97 (representing the year of handover) renowned Chinese calligraphers.  Then their beautiful works were engraved by the hands of 56 (meaning 56 ethnic groups) sculpture artists, on selected Lingbi stone from Anhui.  After 6 years of hard work, the project was completed in 1997 and cost RMB70 million.  The 103 stone tablets, each measures 1.52 m x 1.6m and supported by a stand made of precious wood, deeply engraved to the hearts with the history of Hong Kong and the support of our country.  The exhibition is an accredited event celebrating the 20th anniversary of the establishment of the HKSAR. Prior to this, the works had been shown in Beijing, Qingdao and Hainan.

In recognition of the contribution of Mr Zhong Bao Jia, a certificate of appreciation was presented to him at today’s ceremony.

The exhibition opening times will be from 10am to 8pm daily, except September 22 from 2pm to 8pm.  Admission is free.  With a view to encouraging more people to engage in Chinese art, a on-stage calligraphy competition will be held every day during the exhibition period.  Calligraphy lovers of all ages are invited to join to win fabulous prizes. 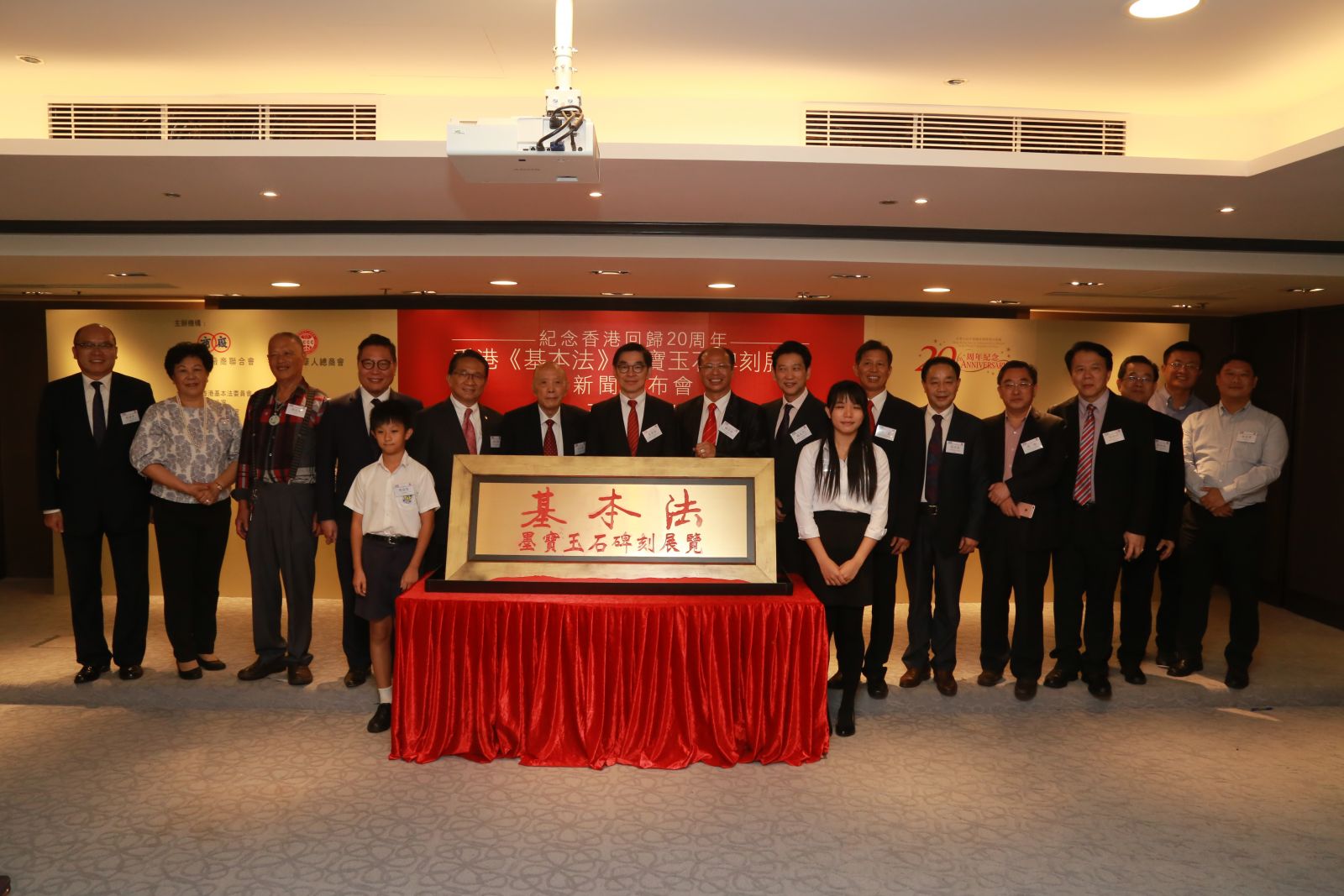 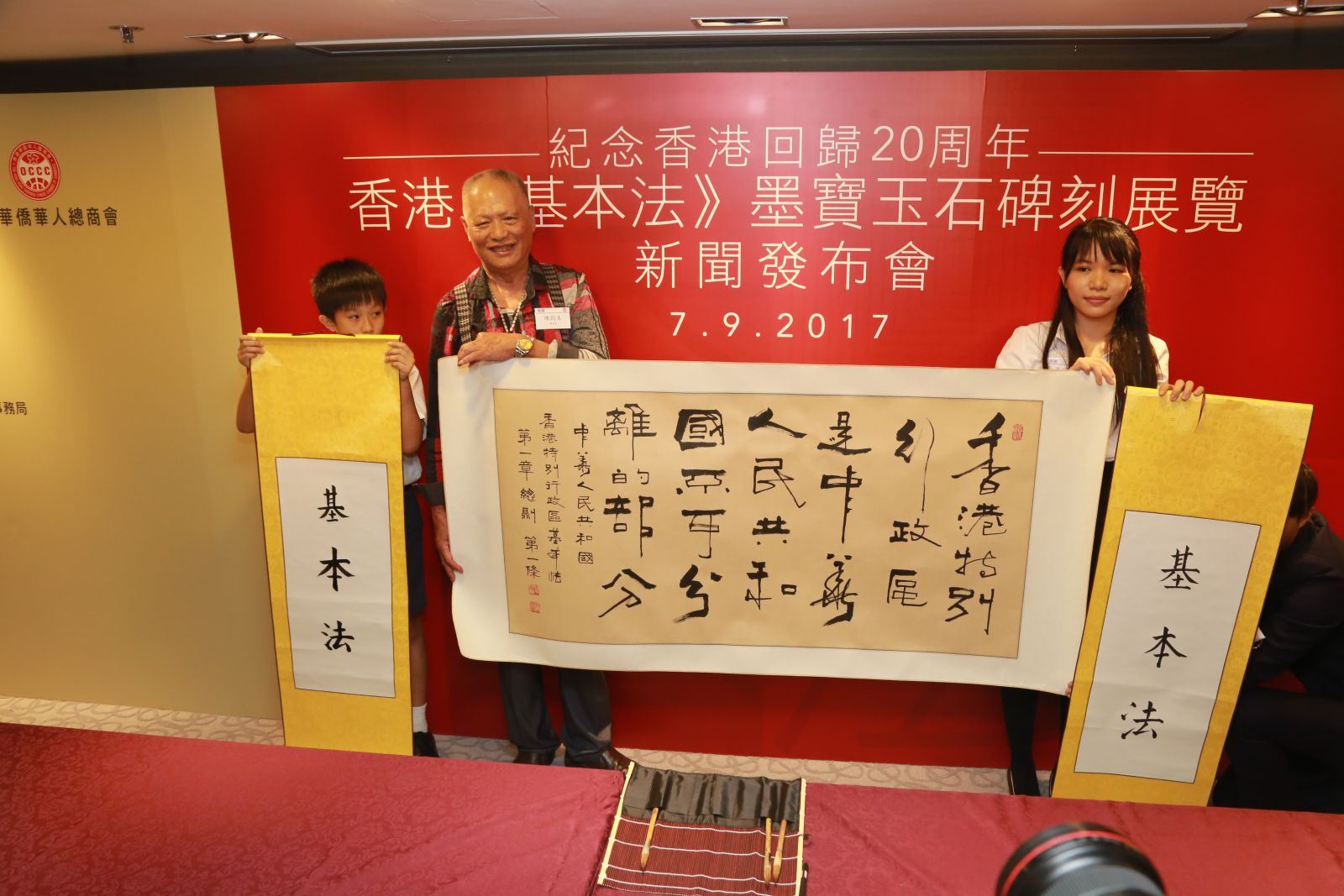 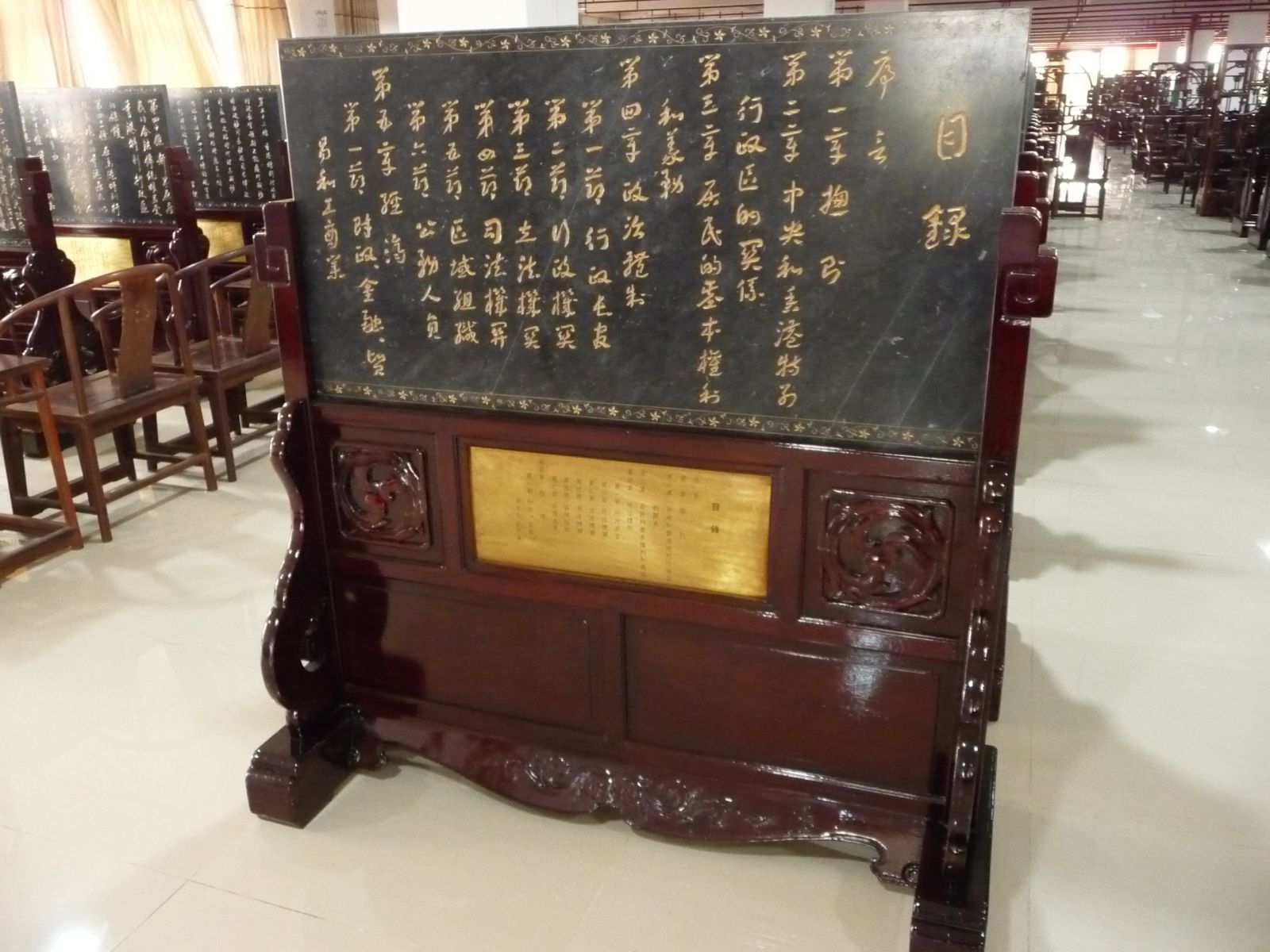